skip to main | skip to sidebar

I am so proud of myself because I did something today that I have never in my whole life - I ran for 1 hour!!! I started running after I had Jackson and discovered that I loved it and it also helped that it shed my weight the fastest. I reached back up to 40 min. a couple weeks ago and I was already feeling like I was hitting a plato, after having now 3 kids I really had to get in a good workout. I have been watching The Biggest Loser TV show religiously lately and I get so inspired from it- it's the good kind of reality TV. Anyway, when I'm in the zone of working out I imagine the trainers there with me, pushing me to the limits- beyond the limits, because that is what they do for the contestants, they believe in them. I truly believe you can achieve anything if you put your mind to it and it always helps to say a little prayer before hand, it sounds kind of cheesy, but it works. If it is that important to you Heavenly Father knows it too and he will help you through it, I am living proof, I was never a runner and if you would have told me when I was in high school that I would be running for an hour or more after I had my third, I would have never believed it, not for a second! I also started doing Tae Bo again the about the same time and Man! it feels good! It is so fun because I get the kids in with me and ask them if they want to do it with me and most of the time they do. So I think I am doing a good job parenting regarding that aspect, because America is the most unhealthy nation in the world and I want my kids to love their bodies and understand that they are a gift from God and just like I remember hearing in Young Women's all the time "Our bodies are a Temple". I just want them to get the most out of life and have confidence in themselves.
Posted by Swangerlings at 4:52 PM 3 comments: 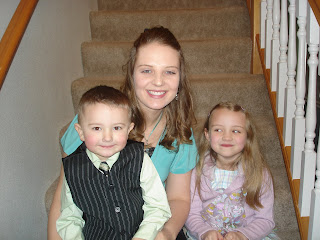 For Easter the kids got special outfits they were so cute, everything blended well together, but not too matchy, matchy. Even I got a new shirt and Geoff got a new Jerry Garcia tie, his favorite ( sorry Shelle! I guess I don't have Dead skills!!!) and Eve got a pretty dress with lots of pastels and the boys got matching pant suits that were too perfect for words. We tried to get a better picture, but we were heading out the door to church and Manti was asleep in the car seat and there was no one else to take a picture of all of us, oh well! We are planning on getting some pictures done later any way. 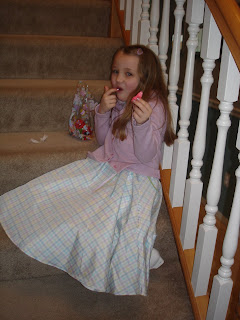 This little missy loves her candy and that is why the Easter Bunny gave her hardly any and instead books and fingernail polish. 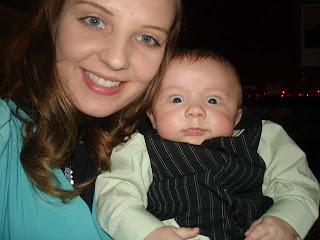 My little man. He looked like a baby banker, tie and all. 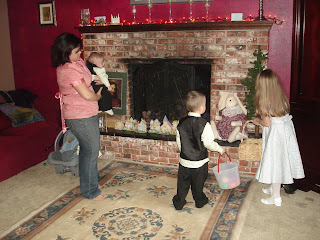 This is the Great Hunt that no one else was there for, so basically there were a lot of prizes for Eve and Jackson. 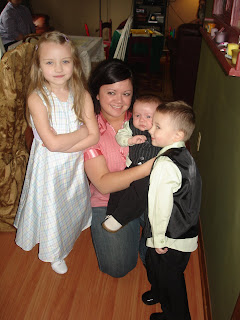 Auntie Shelle and the Lubbies at Mim's house for Easter Dinner. 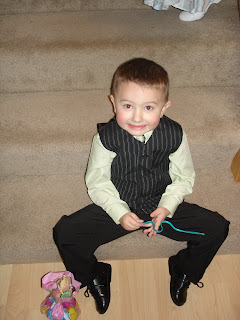 Hold yourself back, here comes the LADIES MAN!!! 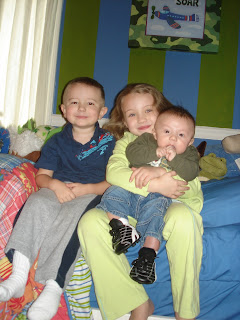 Everyone hanging out and having some fun. 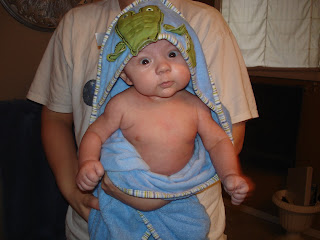 He is just too cute, crazy eyes and all!
Posted by Swangerlings at 9:42 PM 5 comments: 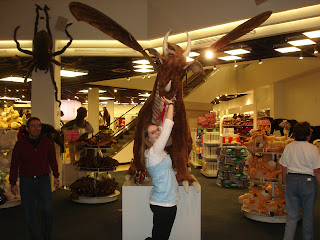 We went to Vegas to see Bette Midler in concert at Caesars Palace a week after I went to Utah, I am sick of flying by now. The concert was really good, but a little too Vegasy for me, it was fun though! This picture was at FAO Schwartz in Caesars Mall, they had these enormous stuffed animals from Harry Potter, they were awesome. It was fun to get away and have some fun on our own. We flew in for the night so we were able to have a dinner before the show. We headed down to The Cheesecake Factory, it is good in any state! Geoff was making fun of me because that is were I wanted to go and the one time I really wanted cheesecake he didn't -Hell must have had a snow storm. I was so mad because I wanted chocolate so bad and I couldn't find it anywhere, no See's or nothin! So for that I probably would not go back. I was laughing because all I could say was Geoff's Mom, (Mary) would be flaming angry(Samoan temper) she Love's chocolate too!.-note; in my husbands family vacations revolves around the food schedule, oh it's true!!! 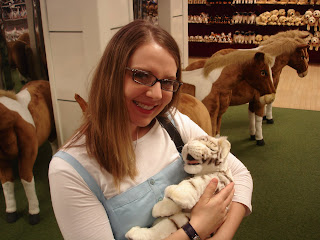 We had to take a picture of the baby Tiger because that is Manti's nickname. 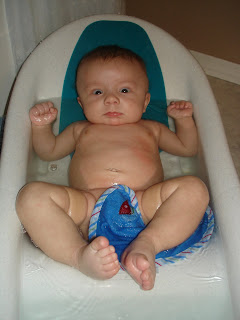 He's so modest, I love how the washcloth was strategically placed- Notice the boat is in the perfect position. 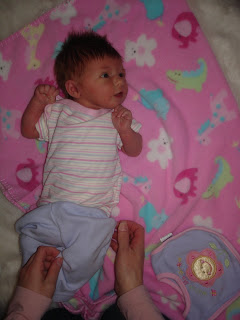 This is baby Emily and she is so tiny and cute. This picture was from the end of February so I am sure she is much bigger now- hint to Amber send new pics! I went to Utah to see the new family and it was so neat to see Amber and Randy all tired and stressed, I mean as Parents.ha, ha, ha. Emily is so small, it is really hard for me to remember Eve being that small, she was actually smaller than Emily, it's nuts! They grow so darn fast, it's hard to keep up. 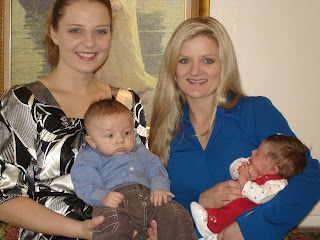 Kissing Cousins- It was so cute to see the new babies together, I'm sure they remember just being in Heaven together. There were a couple of times that Amber and I were sitting next to each other and I would look down and see Manti holding Emily's hand- ADORABLE!!! 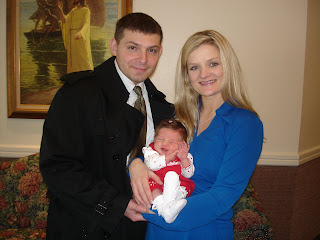 This is new Daddy Randy and new Mommy Amber at church on my last full day in Utah. 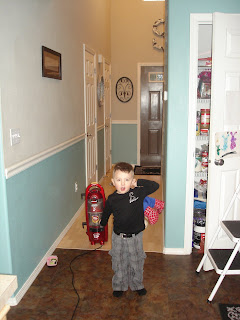 I decided to make some changes and bring some light into the rooms. After having Manti I needed something a little more uplifting, especially because I'm home so much more. At first I didn't know if I liked it that much, but after I accessorized I loved it! 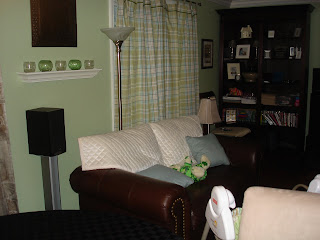 Posted by Swangerlings at 5:12 PM 3 comments:

Newer Posts Older Posts Home
Subscribe to: Posts (Atom)
When satan reminds us of our past we remind him of our future! 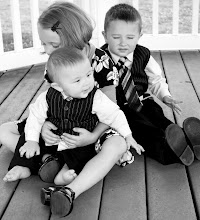 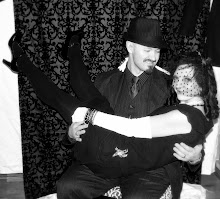 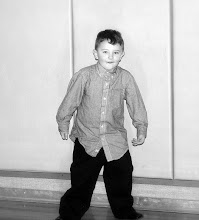 Headstrong and fiesty. You have a mind of your own that's full of romantic dreams about the world around you. Exploring exotic places is your ultimate dream, and although you can be a little naive you'll realize that there is something to be gained from your family's wisdom.

Which Disney Princess Are You?